I recently attended a heritage walk at Ballard Estate, Mumbai with Condé Nast Traveller India and Art Deco Mumbai. Ballard Estate is an industrial and architectural hub in south Mumbai, built by the British. It makes you feel as though you have suddenly stepped into London.

Our mentor, Ms. Alisha Sadikot (@alishasadikot) shared her amazing knowledge about the history and heritage of Ballard Estate with us. I have also made a vlog of my experience; please check it out here

In this blog post, I would like to share a few cool facts about the structures of Ballard Estate that have not found their way to a history textbook yet.

Who knew trains used to run from Ballard Bunder all the way to Peshawar! The boat trains, as they were called, used to transport the general public, troops, and cargo all over the Indian Subcontinent. 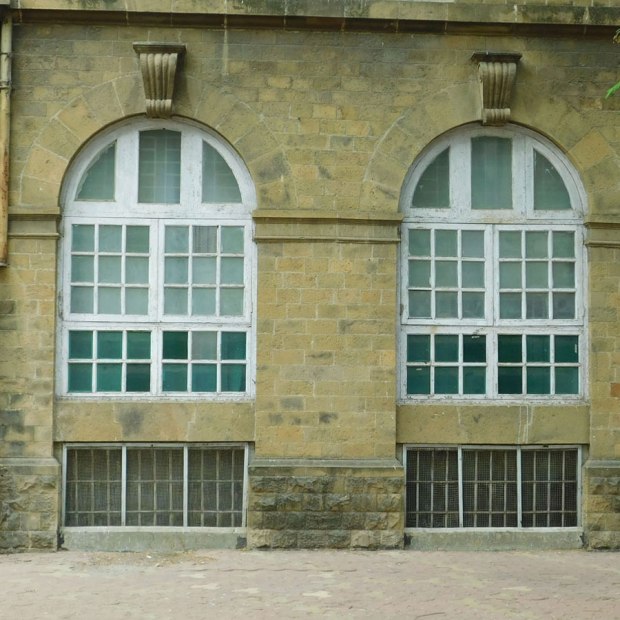 Neville House is the headquarters of Bombay Dyeing, one of India’s biggest producer of textiles. It belongs to the Wadia family, who built ships and docks in Bombay way back in 1736 to lay the foundation of a massive ship building empire.

This studio has photographed Dr. B.R. Ambedkar, J.R.D. Tata, Zeenat Aman, and many famous personalities. This was the go-to place for everyone to get themselves photographed in ancient Bombay. There is an interesting story of when Zeenat Aman went to Hamilton Studios to get her marriage portfolio done. Her life changed when the photographer said that she could try modelling.

This is the early headquarters of Pathé India, the Indian arm of the multinational company Pathé Freres. They were one of the first film production and cinematography companies in the world.

Like the Taj Hotel, the Grand Hotel symbolised the era of modern and luxurious living. While staying there they would provide you with anonymity meaning, you did not have to know who is staying in the next room of your hotel. This is common now; but back in the 1900s, this was a new concept.

The Bombay Port Trust used to send their troops and goods for the First World War. This memorial was erected to commemorate all the employees who lost their lives in the war.

This houses the Bombay Chamber of Commerce and Industry. Very close to Ballard Bunder, this gave an amazing London- like feel to the city.

This is the headquarters of the Scindia Steam Navigation Company, one of India’s oldest shipping companies. Their ship, SS Loyalty, became the first Indian ship to reach London on 5th April 1919, with no British partner or influence at all, travelling sea routes largely controlled by the British. After that, they had to face lots of protectionism from the British Government. They were made to sign a contract saying that they can only engage in coastal trade and shipping. After independence, they got a boost as Indian companies were favoured by the Indian Government. National Maritime Day is celebrated on 5th April every year remembering Scindia’s remarkable achievement.

We went for breakfast at Café Universal. Their building is also an ancient, vintage type, that matches with all the other buildings in the vicinity. Café Britannia is another famous restaurant at Ballard Estate.

I had an amazing time at the heritage walk with so many new insights and I also made so many new friends. I hope to attend more such walks in the future, click lots of pictures, and write about them.

If you liked this post, give it a star and follow my blog. I’ll keep posting new stuff about travel and photography. Thank you! :1

Hi! I am Sonika. I call myself – ‘Web Designer by profession, Photographer by passion.’ Why you ask? Because most of the time, I am busy in my job doing web design, graphic design, branding, and what not. However, I have a fondness towards photography and YouTube. I love travelling, clicking lots of photos, making vlogs, and being active on YouTube. Thank you! :1